Shipwreck Significance: past, present and future

I’ve been working with Heritage Victoria to evaluate the significance statements of the shipwrecks located in Victorian state waters. If you missed the first installment you can read about it here.

Australia is currently considering ratifying the 2001 UNESCO Convention on the Protection of the Underwater Cultural Heritage. The Convention and its accompanying Annex have at its core an approach towards in-situ preservation and non-invasive survey methods. Considering ratification will require changes to legislation and perhaps a reassessment of current methodologies and techniques, I thought it a good time to look at where we’ve come from and where the future might lie for shipwreck significance.

The Commonwealth Historic Shipwrecks Act was passed into law in 1976, with every wreck treated on a case-by-case basis (Ryan 1977:24-25). This, in effect, required an assessment of significance in order to justify a wreck’s inclusion on the Register, however the Act was in force before an established, and published, set of assessment criteria was developed.

The first suggested set of criteria was put forward in 1977. A wreck could be considered for protection if it:

These criteria were very descriptive of the types of shipwrecks Australia was concerned with at the time, including the Dutch wrecks off the coast of Western Australia, and the then more recent wreck of HMAS Voyager, sunk close to Jervis Bay.

In 1985, blanket protection with a rolling date of 75 years was introduced to the Historic Shipwreck Act (1976). An inherent characteristic of blanket protection is a level of significance to a wreck or relic without the requirement to demonstrate it. It was expected that this amendment would give practitioners more time to manage the wreck resource, rather then having to spend time justifying its protection (Cassidy 1991:5).  After the 1993 historic shipwreck amnesty, blanket provision was applied to the states and the number of protected shipwrecks jumped from 156 to over 5000 overnight (Jeffery 2006: 127). It could be argued that underwater heritage managers responsible for these shipwrecks have been playing catch-up ever since.

AIMA’s Guidelines for the Management of Australia’s Shipwrecks was published in 1994 and is, to date, the only national publication outlining significance criteria for the assessment of shipwrecks:

Interestingly, the analysis of the Victorian Wreck Register has revealed only one shipwreck that has a statement of significance and evaluation criteria assessed according to the AIMA Guidelines. A detailed conservation plan for the brig, Columbine (VHR S134), was produced in 2009 and can be found on the Heritage Victoria website (Steyne 2009). Both the Statement and the qualifying criteria were uploaded to the Victorian Wreck Register. 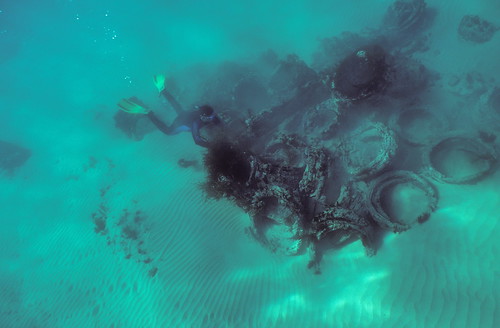 In 2001, the Plenary Session of the General Conference adopted the UNESCO Convention on the Protection of the Underwater Cultural Heritage (UNESCO 2010:2). The Convention set out principles for protecting underwater cultural heritage and provided rules for treatment and research.

Rule 14 of the UNESCO Annex outlines the requirement for assessments of site significance in the preliminary stages of any archaeological project, describing these assessments as a very important step in the process (Maarleveld 2013:85).

UNESCO’s criteria for determining the significance of a site, are:

Additional comparative criteria are used to evaluate the degree of significance of a site in comparison with other sites in an area:

These criteria incorporate and build on the criteria outlined in AIMA’s Guidelines. Whether or not, Australia ratifies the 2001 UNESCO Convention, UNESCO’s assessment criteria could be well utilised within Australian underwater cultural heritage management. It must always be remembered that assessing the significance of heritage is an exercise in understanding an item’s value to the community and thereby the best means of managing it (Pearson and Sullivan 1995:17).

There are over 6000 wrecks recorded in the Australian National Shipwreck Database (ANSDB). All states and territories in Australia assess the significance of their shipwreck resources slightly differently, according to different criteria and methodologies. In light of the possible ratification of the UNESCO convention, perhaps now is the time to revisit a national approach to significance assessments for Australia’s underwater cultural heritage. The development of a unified national approach to significance assessments of shipwrecks and other underwater archaeological sites would benefit the national wreck resource and assist in interpretation and management across all the states and territories of Australia.

Maarleveld, T.J, U. Guerin and B. Egger (eds) 2013 Manual for Activities directed at Underwater Cultural Heritage. Guidelines to the Annex of the UNESCO 2001 Convention. Paris:UNESCO.

UNESCO 2010, The History of the 2001 Convention on the Protection of the Underwater Cultural Heritage, Retrieved on 18 September 2013 from